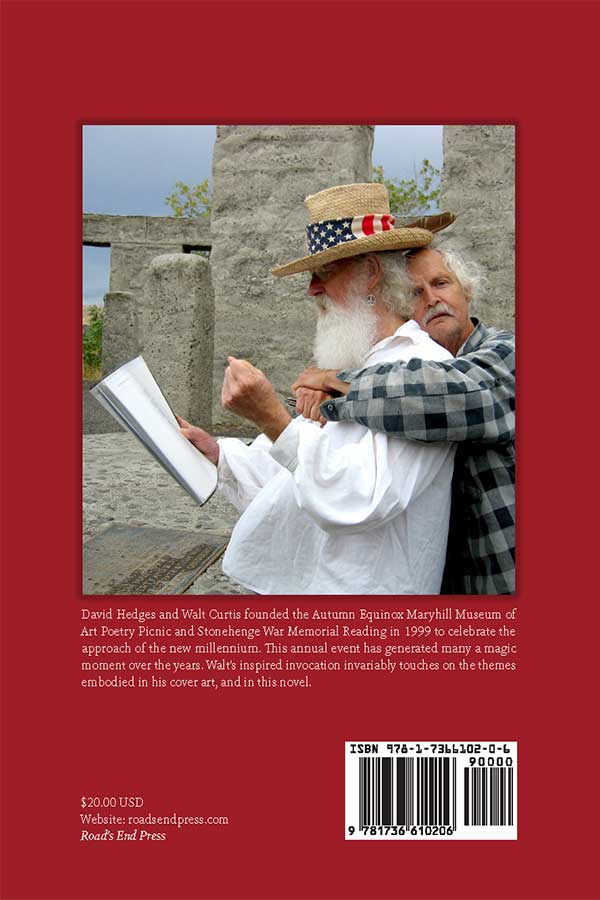 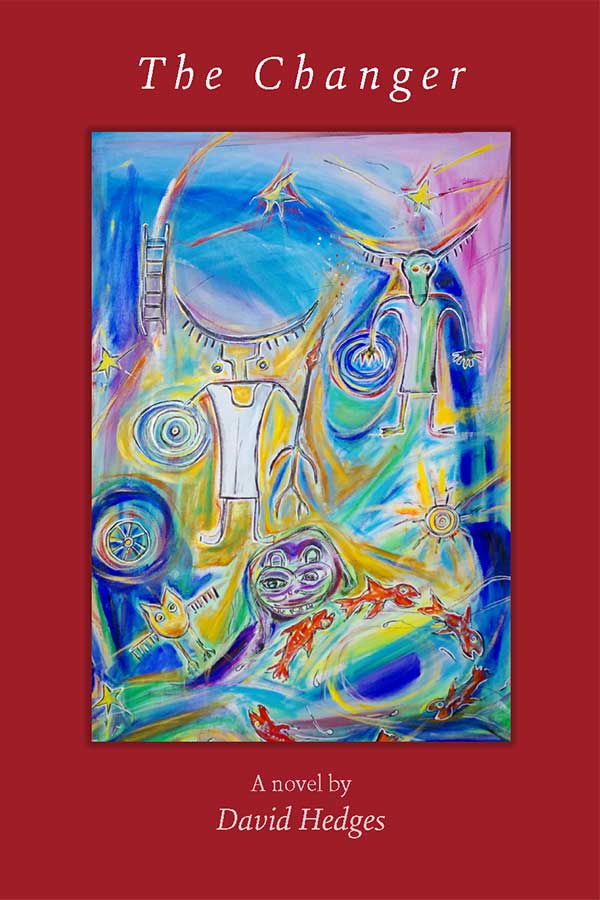 The Changer, the first novel by distinguished Oregon poet David Hedges, tracks the sudden breakdown of society sparked by a collision between government corruption and nature's wrath, further fueled by the actions of a band of Native American ecowarriors.

The title springs from a Salish myth that predicts, in the words of protagonist Jay Joseph, “the end of this world, the beginning of the next,” where nature is expected to restore a balanced biosphere, and survivors will live in harmony.

Order Prospects from one of the following retailers:

Prospects of Life After Birth: Memoir in Poetry and Prose 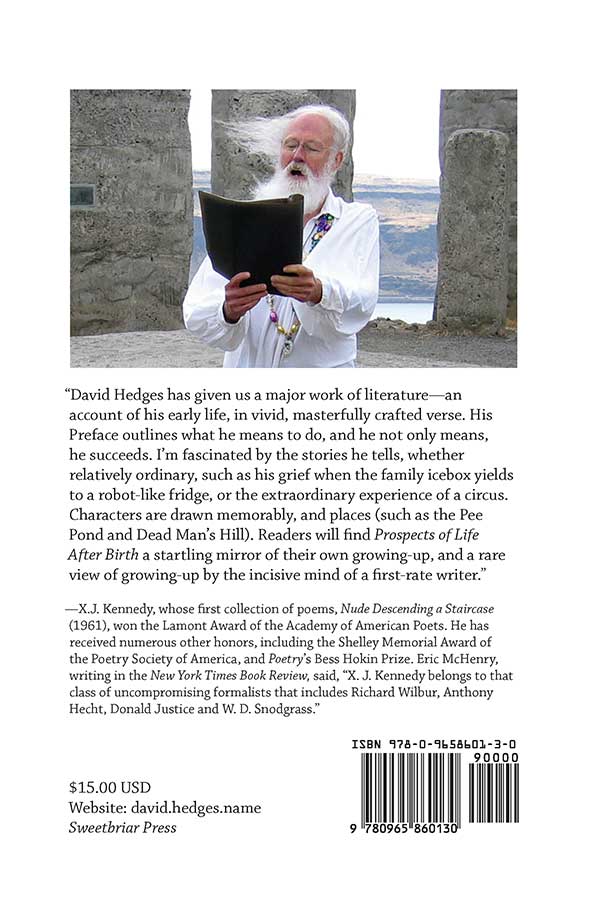 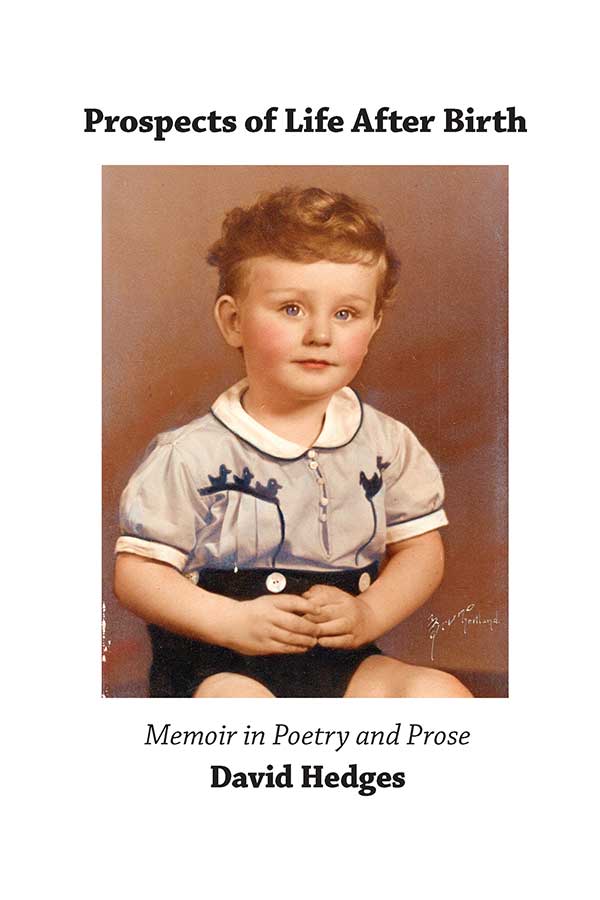 Prospects of Life After Birth: Memoir in Poetry and Prose chronicles the first 17 years in the life of Oregon poet David Hedges, from the high drama of his birth through one lively adventure after another.

At six, he swings on a rope into the fiery blast from a locomotive’s smokestack. At seven, he carries water for circus elephants and earns a reserved seat under the Big Top. At 10, he helps Sailor Jim build the “world’s most fantastic hobo shack.” At 11, he travels to St. Louis on the Portland Rose and is taken under the wing of Louis, a black waiter who shows him the “other side” of the train, the galley, in full swing. At 15, he leads a troop of 12-year-olds to victory in the Camp Meriwether Olympics after the Scoutmaster falls ill; is serenaded up close by jazz singer June Christy; brews moonshine gin at a Central Oregon science camp, and takes in the Battle of the Strippers at two Portland burlesque theaters. At 16, he works on an Eastern Oregon ranch, pitching peas and driving a tandem axle truck in the wheat harvest—and experiencing his first brush with love.

Noted poet X.J. Kennedy writes, “David Hedges has given us a major work of literature—an account of his early life in vivid, masterfully crafted verse.”

Order Prospects from one of the following retailers:

A Funny Thing Happened on My Way to a Geology Degree 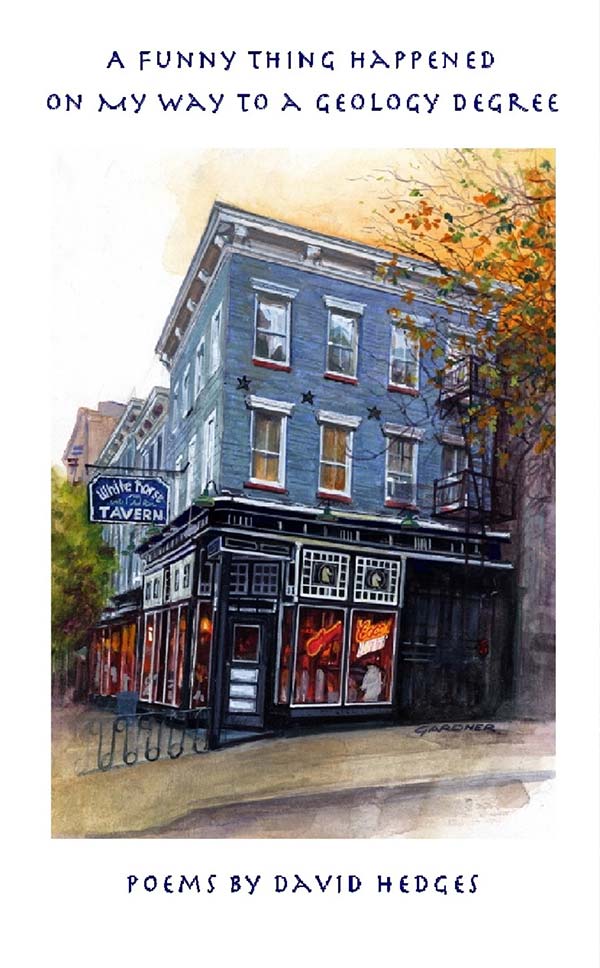 David Hedges’ fifth chapbook, A Funny Thing Happened on My Way to a Geology Degree, chronicles his adventures in New York in the late 1950s.

Six months shy of a degree and a Navy commission, I dropped out and headed for Greenwich Village in hot pursuit of my Muse.

You can order A Funny Thing directly from Finishing Line Press.

Petty Frogs on the Potomac 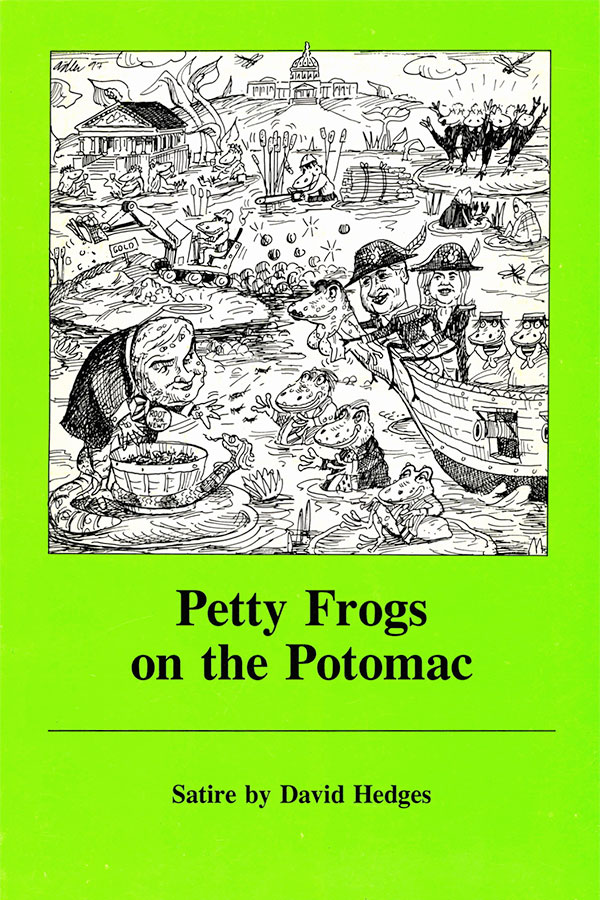 You can order Petty Frogs from Amazon. 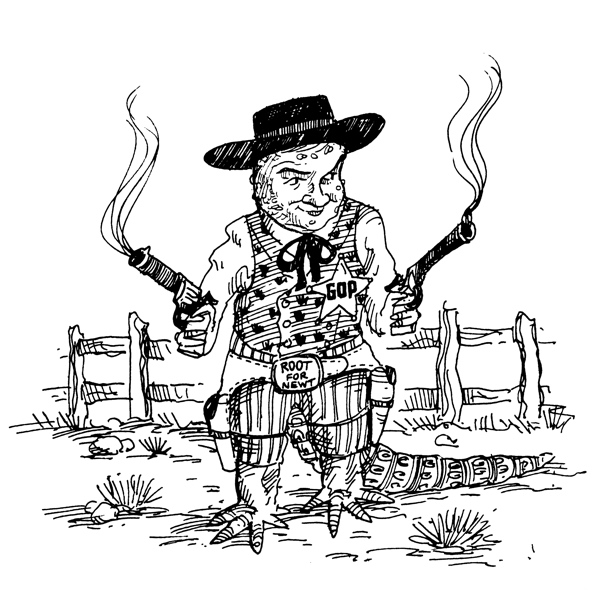 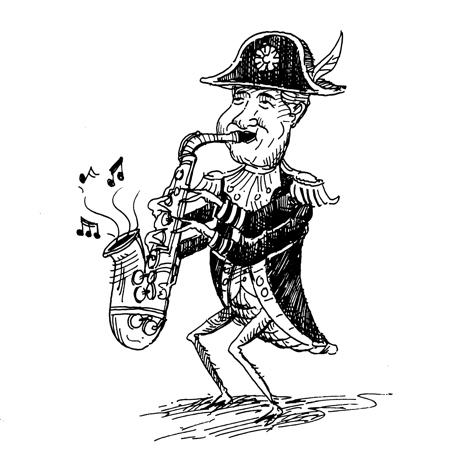